We meet Open Design advocate Pierrick at his Studio in the heart of Saint-Étienne, France.

During his studies at the Saint-Étienne Higher School of Art and Design Pierrick became fascinated by the emerging movement - Open Design. When Ronen Kadushin visited the university, Pierrick decided to investigate the topic, leading him to join a group of designers and professors on a one-year research project. Pierrick shares his story from student to Open Design advocate in the French city of Saint-Étienne. 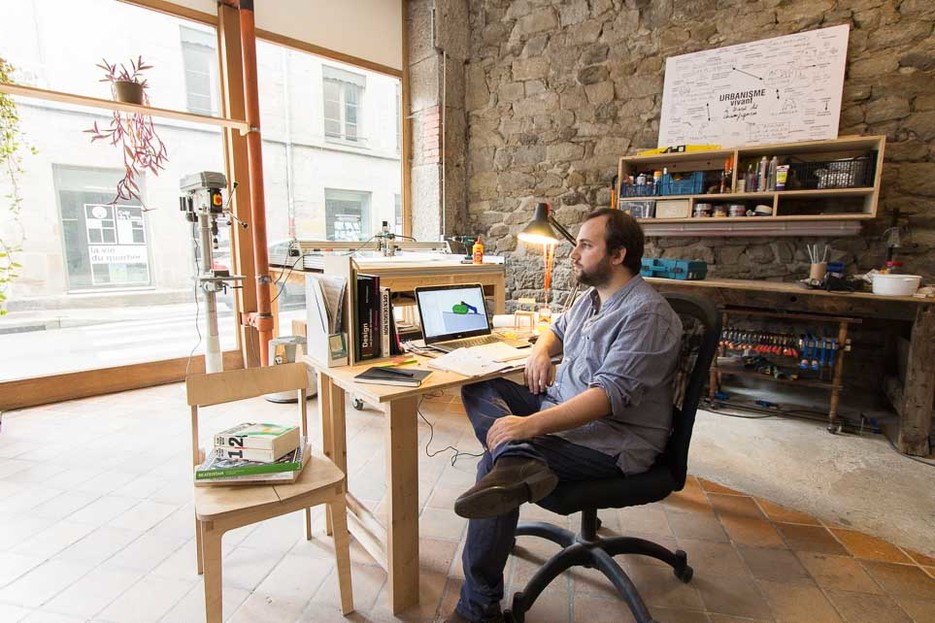 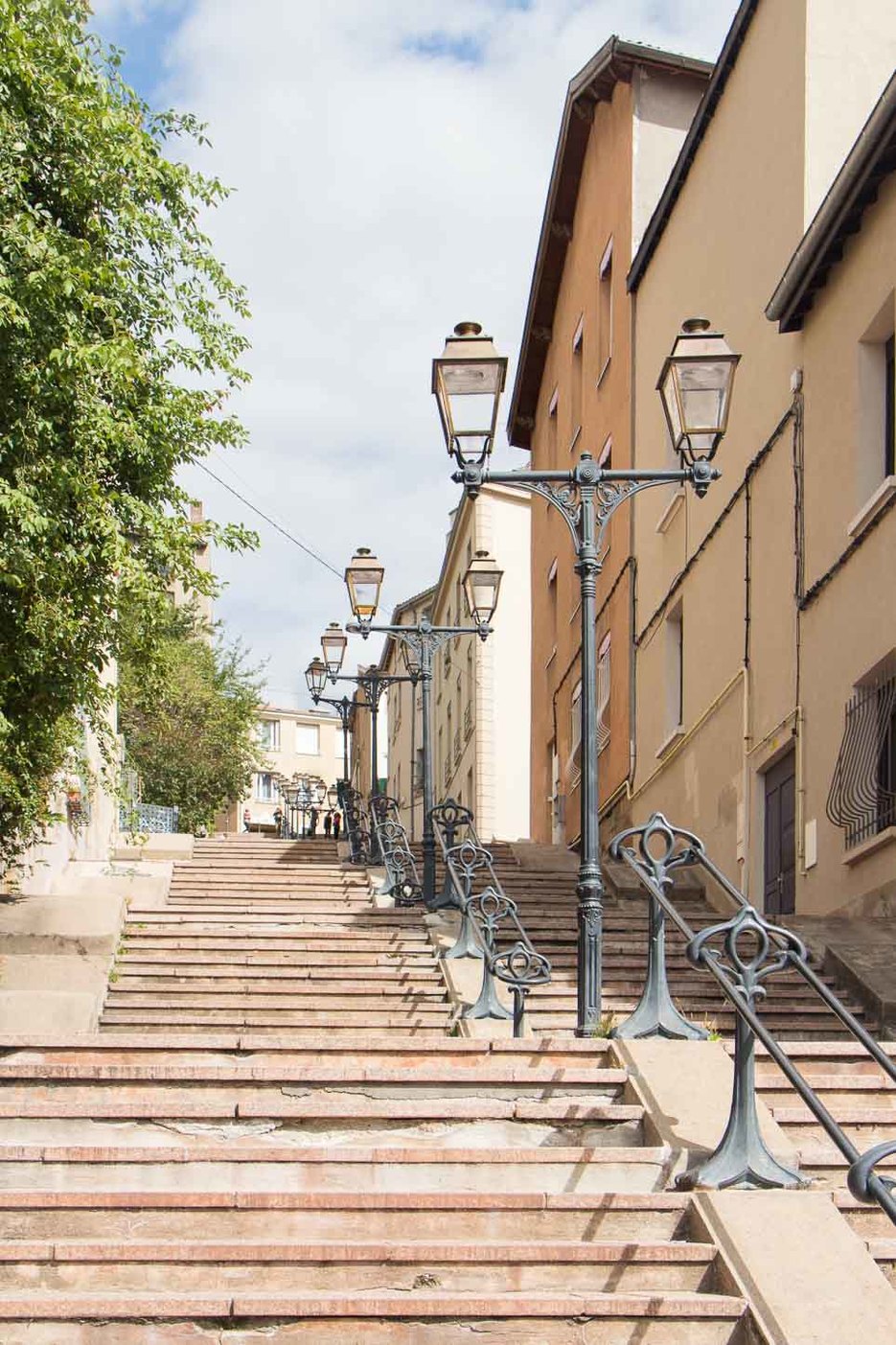 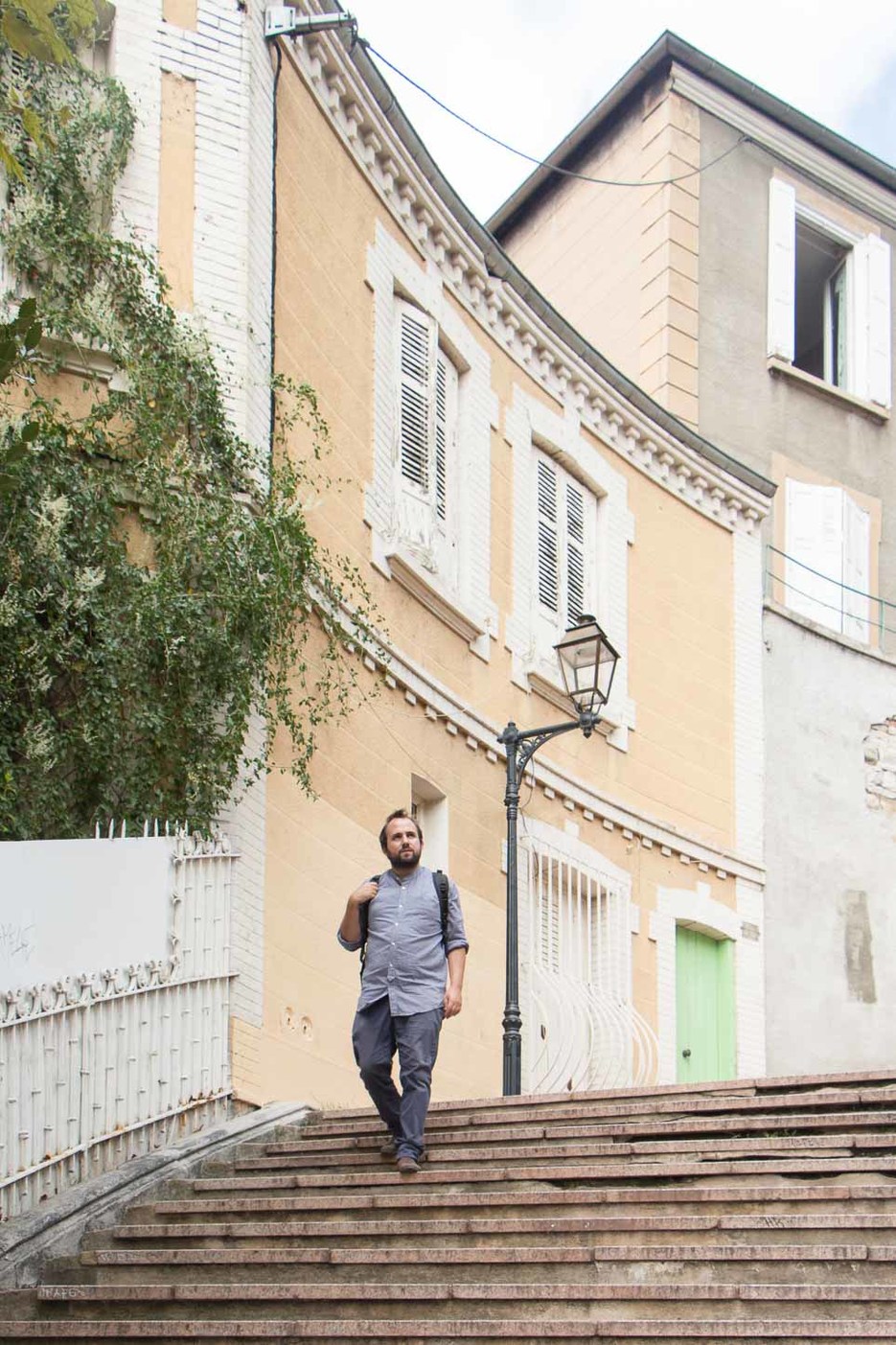 Opendesk: Tell us about your past. Where did you study and how did you become interested in Open Design?

Pierrick: I studied at the Saint-Étienne Higher School of Art and Design, a great school for furniture and industrial design. I studied there for five years from 2009 to 2014. In 2012, Ronen Kadushin came to the university and gave a workshop on Open Design which changed everything for me. Ever since that workshop, I have been fascinated by the topic. My good friend and colleague at the time Johann Aussage was also intrigued and we set about exploring Open Design together.

After concluding my studies in June 2014, I went on to do a year of research with a laboratory that brings together a group of designers and professors practicing design in the school. The laboratory recruits three to four students after their studies to work for one year on a project and publication. It was during this year of research that I designed the Roxanne Chair and released my paper “Machine à faire” as part of a wider exploration of Open Design. 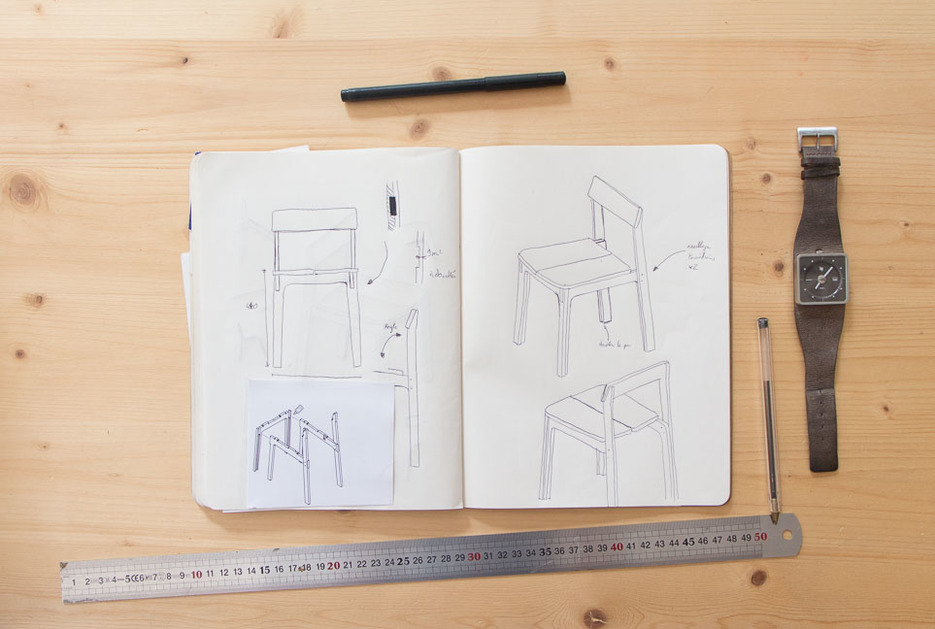 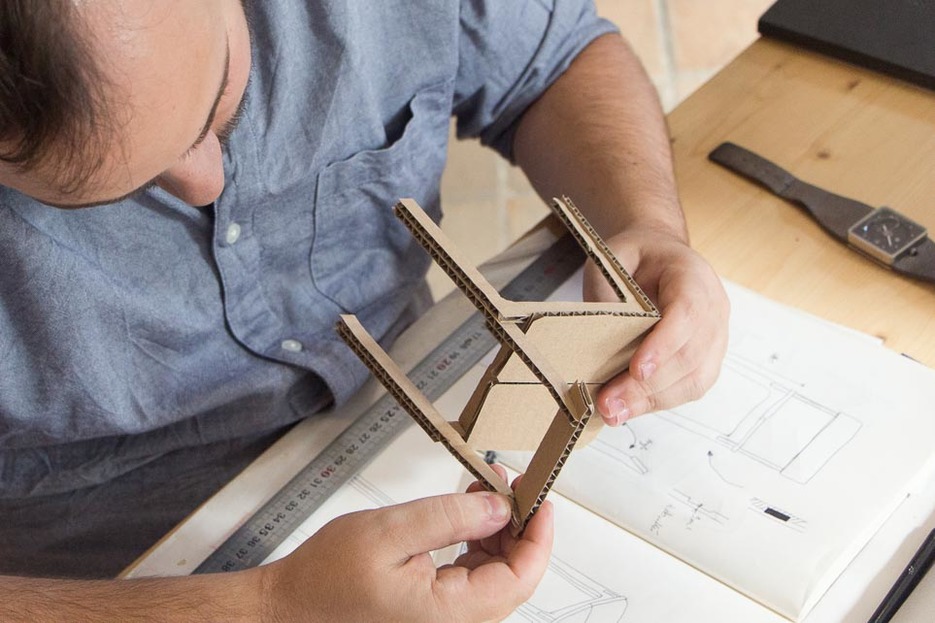 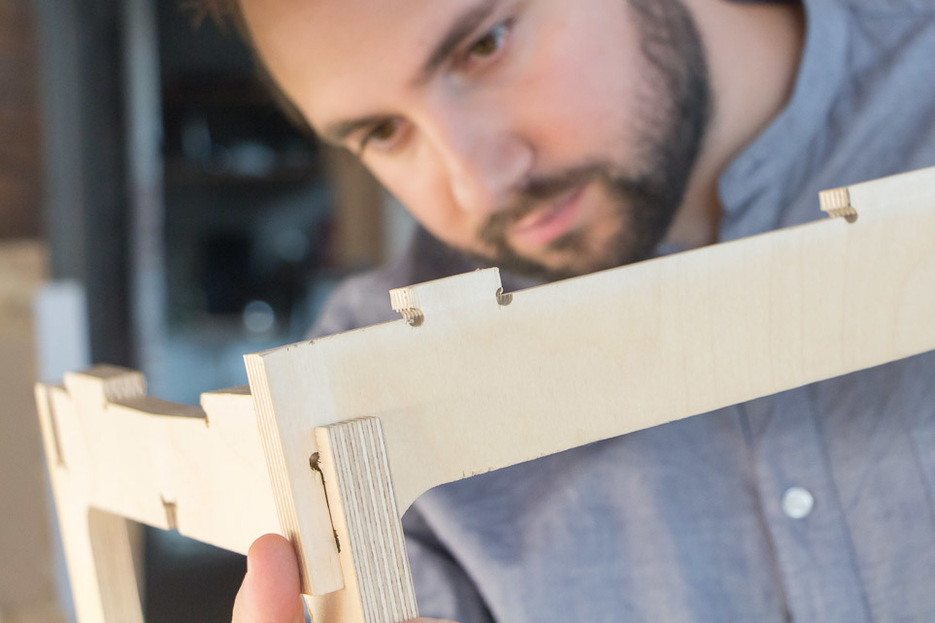 Opendesk: How did you approach the design of your Roxanne Chair? Tell us about the challenges of designing with Open Design principles in mind.

Pierrick: Johann and I really wanted to try something new - referencing Open Design without forgetting that we were also furniture designers. From the beginning, the challenge of designing in this way was very different from traditional design practice. It’s interesting to design something with just one material and one process. At first, it seemed quite limiting when you are surrounded by so many different materials and tools.

When Johann and I started designing we kept in mind that our project was not just about creating a piece of furniture. It was about sharing our work with the world and allowing people to participate in its development. We wanted people all over the world to have access to the manufacturing blueprints so that they could make the furniture in their city. So for us, our design approach was one of accessibility and inclusivity. We wanted the designs to be simple - easy to manufacture and make, but very considered, with a great deal of attention to detail.

In France when you say something’s “designed” you are referring to something that has been considered with great effort and attention to detail. CNC made objects are often not understood in this way because typically the objects do not reflect something that has been highly considered. I wanted to break this notion and so I designed the Roxanne Chair and my friend Johann designed the Johann Stool. Both were motivated by the same thing - to prove that an accessible, low-cost manufacturing technology could produce beautiful objects. 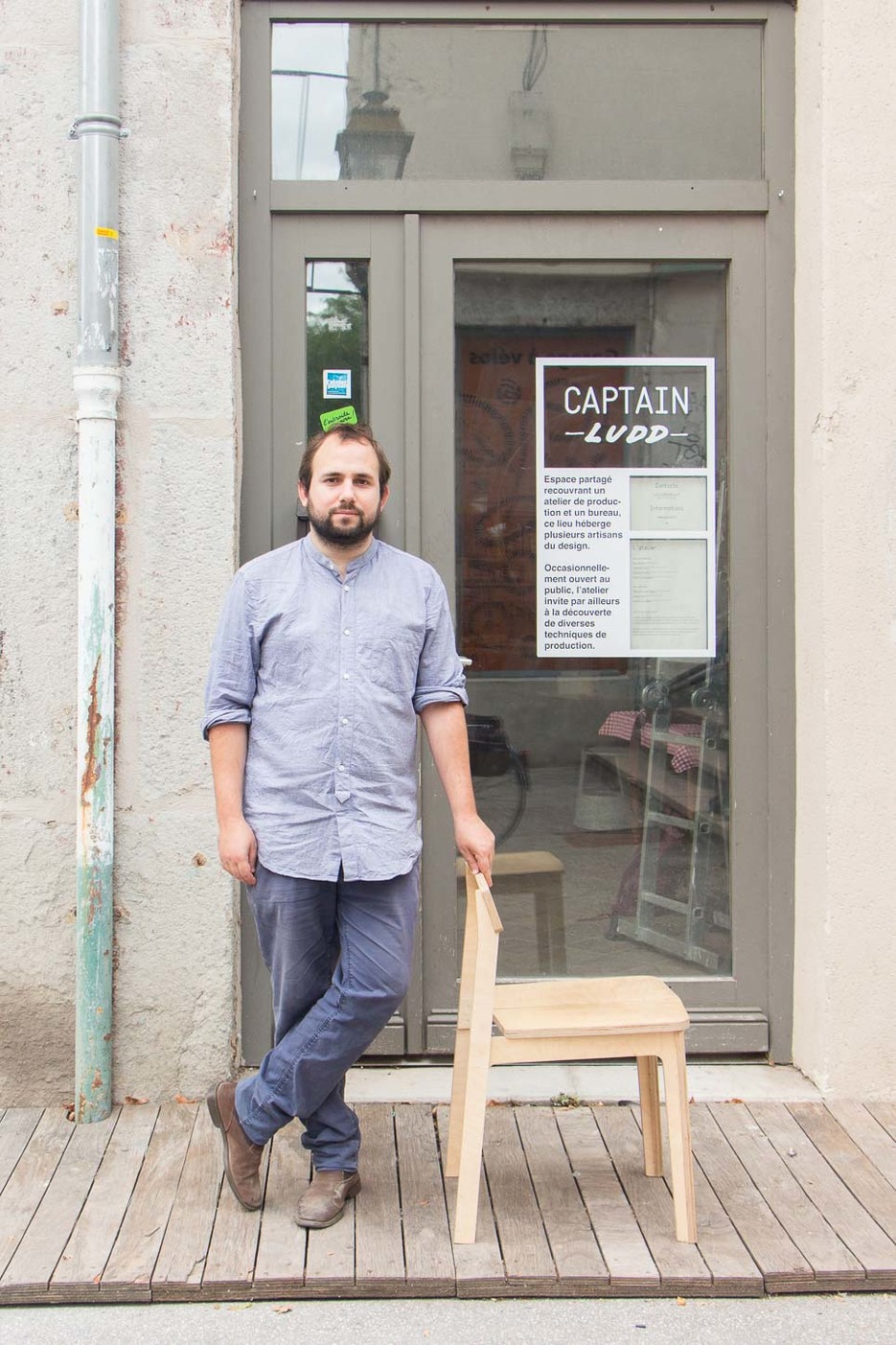 Opendesk: Tell us about your studio - Captain Ludd.

Pierrick: When you are a student you are in a very special place. Some people hate the freedom. I loved it and after my school I didn’t want to work for a big company. Instead, me and some friends made our own company called Captain Ludd. There’s four of us and we rent a little workshop in the centre of Saint-Étienne. We’ve got a small CNC machine and other making tools. Actually, we made pretty much everything inside our workshop using the CNC machine. 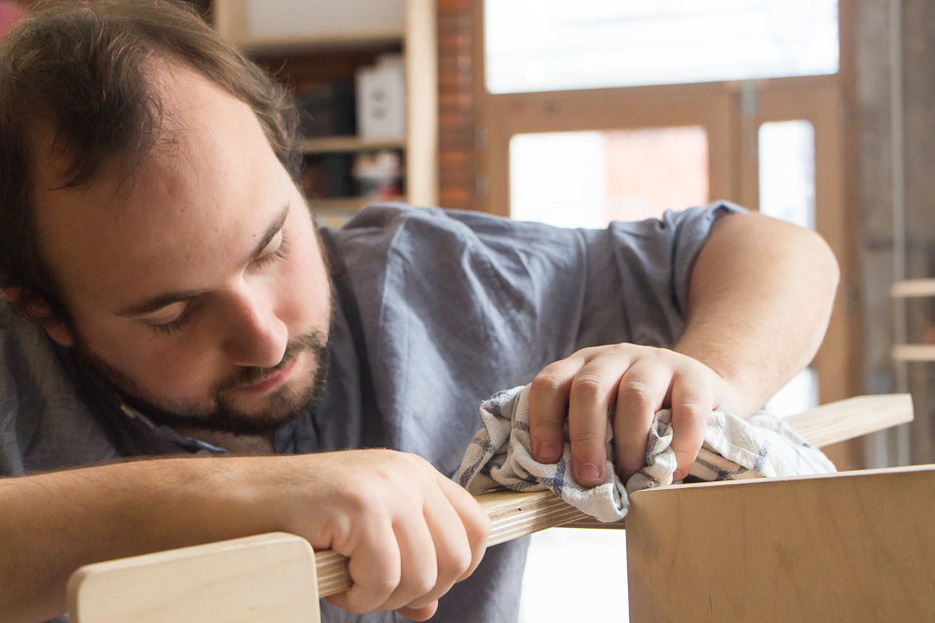 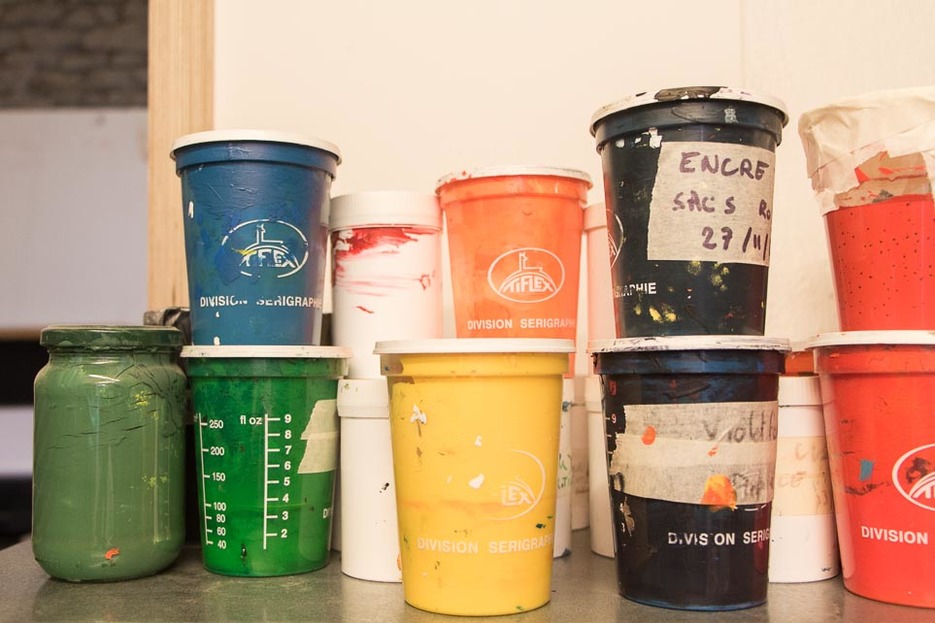 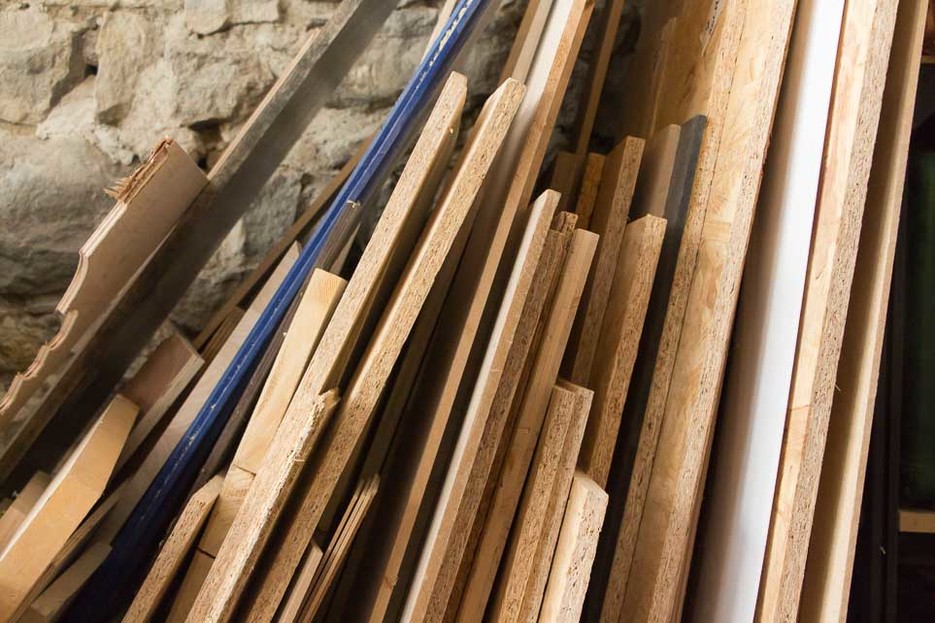 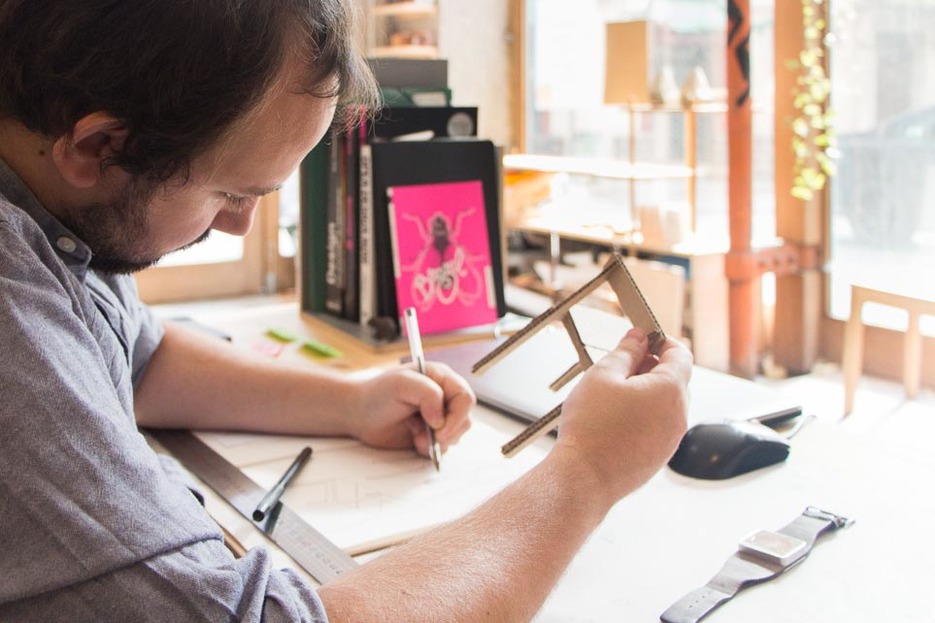 Opendesk: How has Open Design changed the way you work?

Pierrick: The Roxanne Chair is a part of my research project- shared openly under creative commons licenses. In making something Open Source you invite others to collaborate with you - it’s like inviting every designer in the world to become your colleague. You learn from these people and they help you make your design better. For a young designer like me, it’s a valuable way to work and absorb new information. 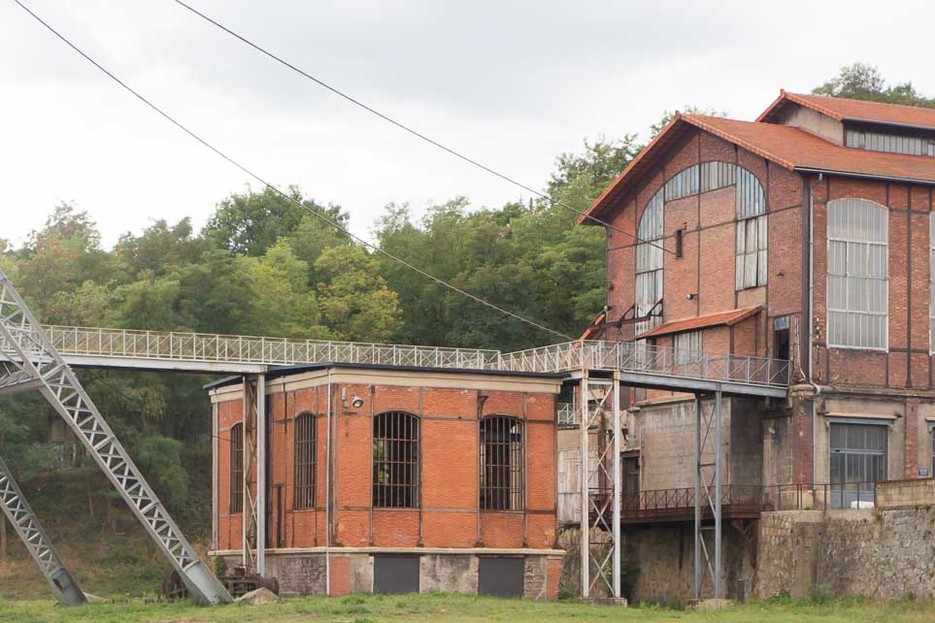 Opendesk: Saint-Étienne is known for its coal mining. Tell us about the city and how creatives are changing its direction.

Pierrick: Saint-Étienne is famous for its coal mining and more recently for its bicycle industry. When the mines closed many local bars also closed. Our workshop is inside one of these old bars. We still get older folks dropping by in search of a drink. It’s interesting to meet those who lived through the Saint-Étienne of old and hear stories of the past whilst sharing visions of the future.

We love Saint-Étienne but it’s a difficult city because it’s age. It’s not far from Lyon; a very affluent city with lots of designers and clients ready to spend big bucks. But we want to stay here because there is very interesting work to do with the local community and traditional craftspeople here. Many students go to Paris or to Lyon or go to another country but I want to stay here with my friends and share our design work with the world by being open. We recently held workshops with children from the local school and helped them design benches. It’s important for us to work with the local community and share with them. For me, it’s all part of my Open Design philosophy.

We can’t challenge Leon in traditional design so instead, we look to try new things in Saint-Étienne. Many people work exclusively in Open Source here. There are a lot of developers, software engineers and some designers embracing open source as part of their methodology - to share their work and seek critical feedback from the world. 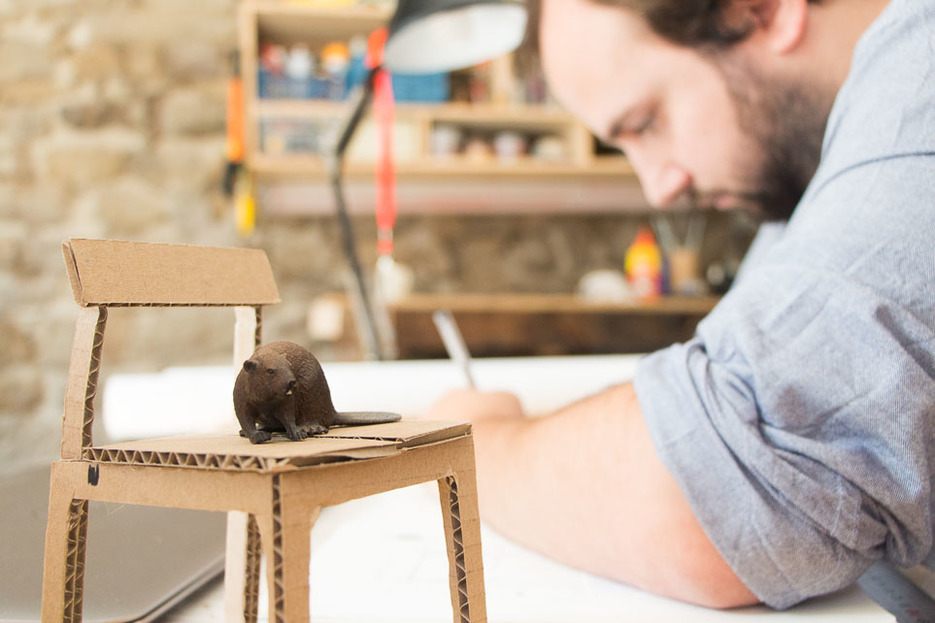 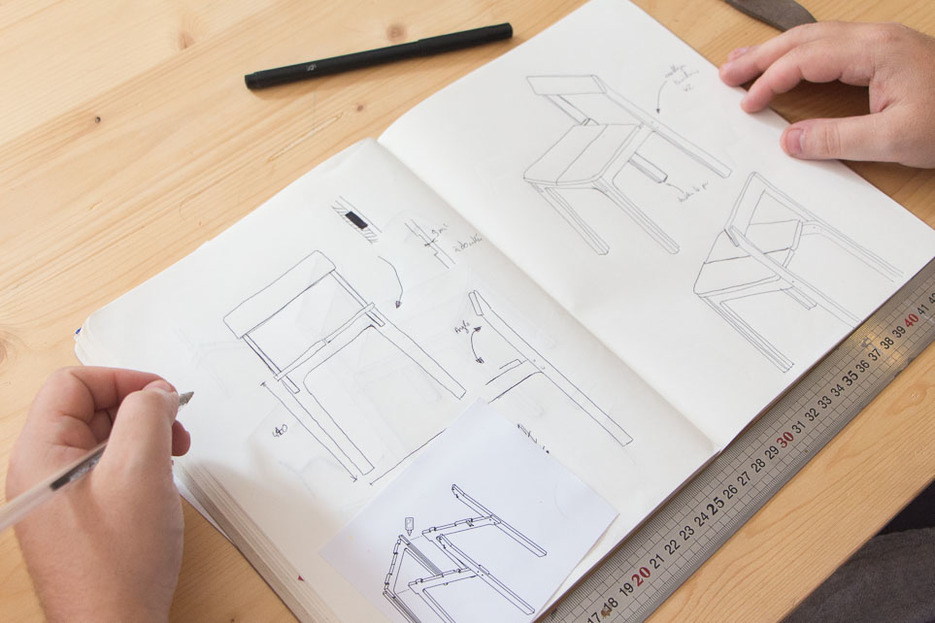 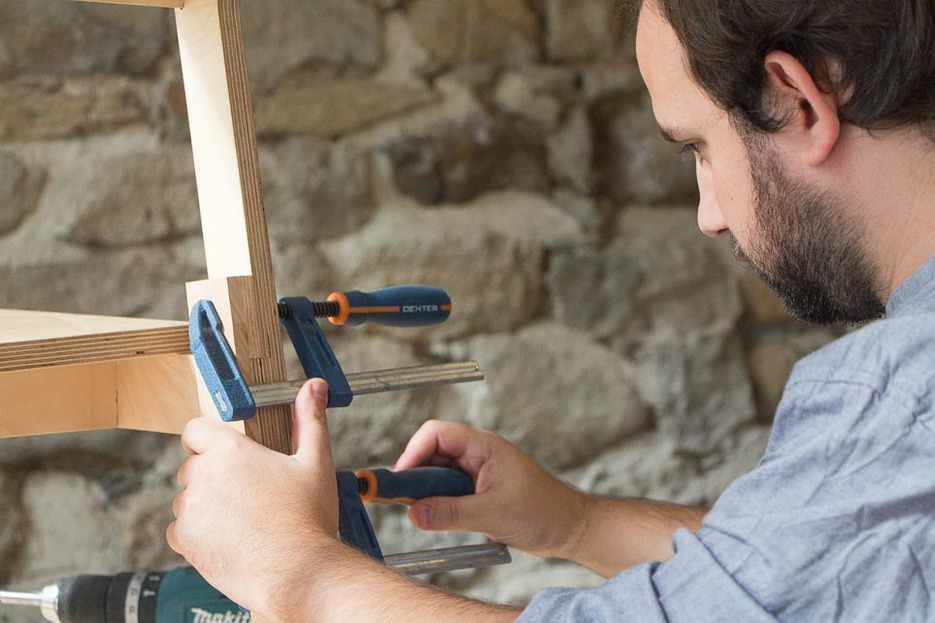 Opendesk: Open Design is derived from Open Source. What do you think Design still has to learn from the well established Open Source and Free Software movements?

Pierrick: It’s more important than ever from us to understand the impact of our designs. We can’t continue with the practices of the past - they’re unsustainable on so many levels. Open Sourcing hardware can disrupt the way we consume physical things by bringing people closer to production.

Many designers are afraid of sharing, seeing it as a quick way to get your ideas stolen. Actually, if designers saw sharing in the same way software developers have for many years, they would realise it’s a quick way to infinitely improve your work! Good design will still be produced in the same way good software is made through Open Source projects. Skill still has an important role to play! For a designer, skill in the consideration of ergonomics, proportions, and details will be recognised. By sharing work openly, you invite others with skills you do not possess to contribute, making your work better. A group of 1000 designers all over the world will achieve far more than 1 hidden away in their studio- at least, that’s what I think :) 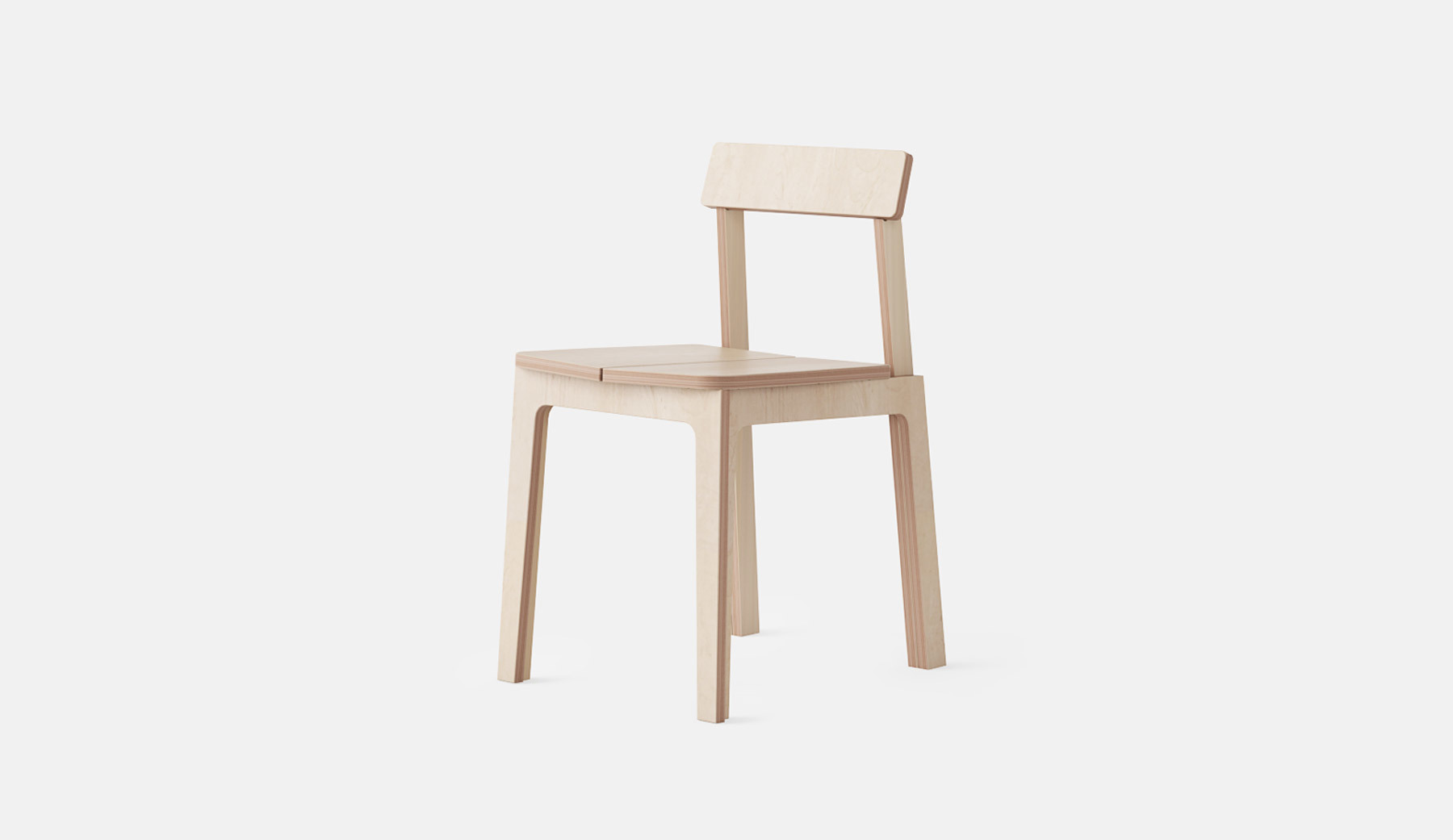 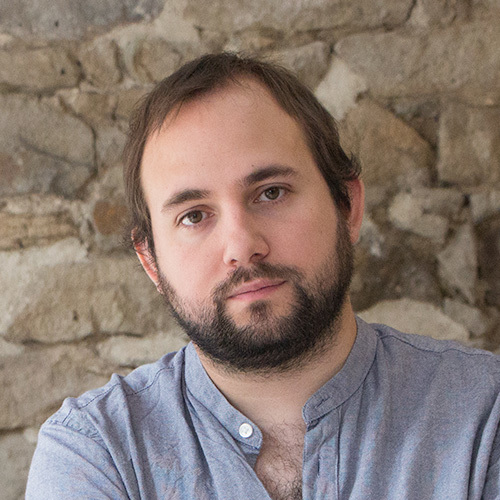 Pierrick is a designer based in Saint Etienne, France. He has a love for Scottish single malt whiskey, Open Design and cinema. His work draws on popular...
Thanks! 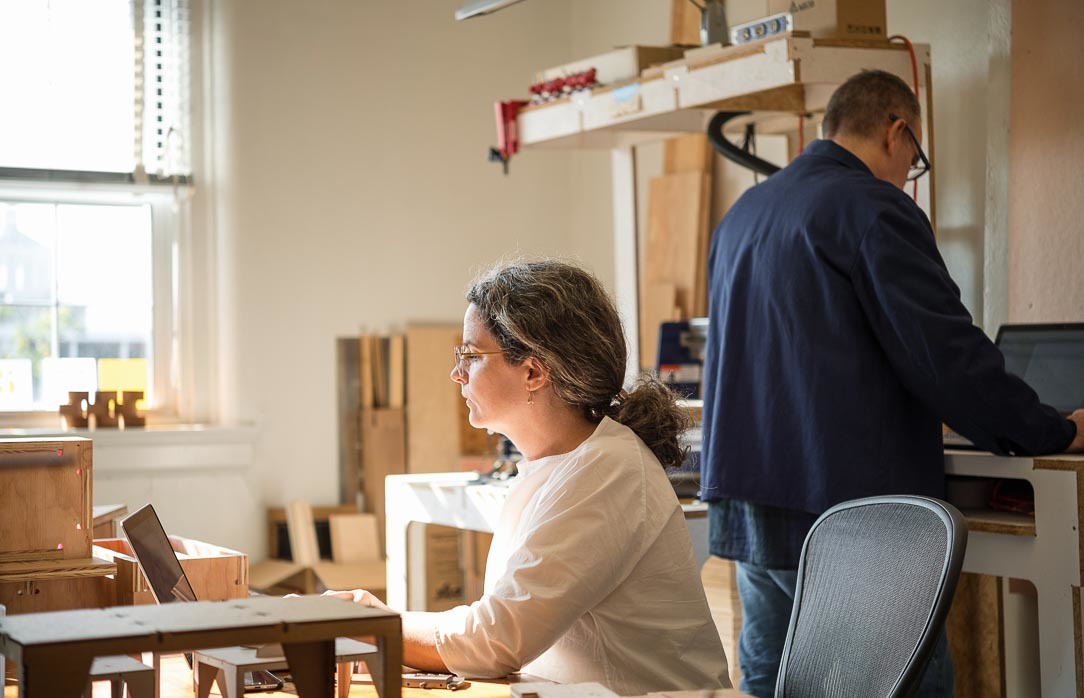 Meet the designers: Anne and Gary of AtFab

We caught up with designers, architects and creators of AtFab Anne and Gary. 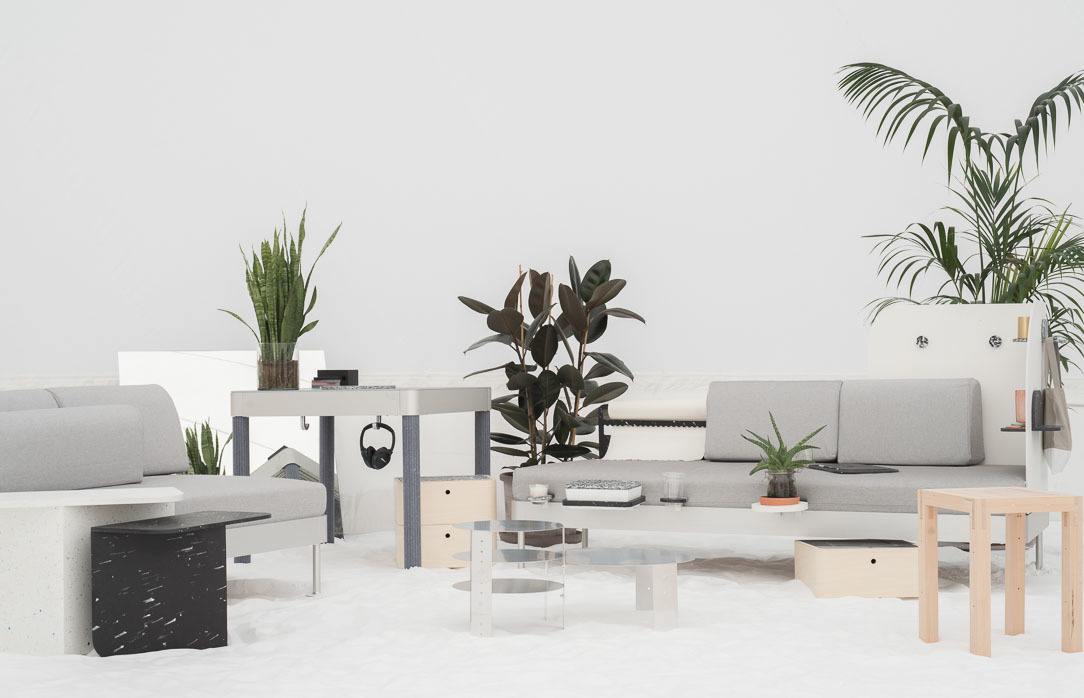