The first exhibition the Victoria & Albert Museum has ever dedicated to a single material shows its surprising origins and versatility. It also uses Opendesk as an example of a future-looking use for Plywood.

Opendesk was recently invited to participate in ‘Plywood - Material of the Modern World’ - a major public exhibition at the V&A. Free to visit, ’Plywood’ is a chronological walk through the history of a fascinating material: it’s rise, fall and subsequent re-emergence - alongside it’s myriad applications. The exhibition is showing in South Kensington until the 12th November 2017.

Co-curated by the V&A’s Elizabeth Bisley and Christopher Wilk - Keeper of Furniture, Textiles and Fashion - it is a story of design (the exhibition shows the breadth of plywood’s use in the designed world, in the period since 1850), but also technological and social change seen through the eyes of a humble, yet surprisingly impactful material - beautifully told and accompanied by a book that adds a narrative of real substance. 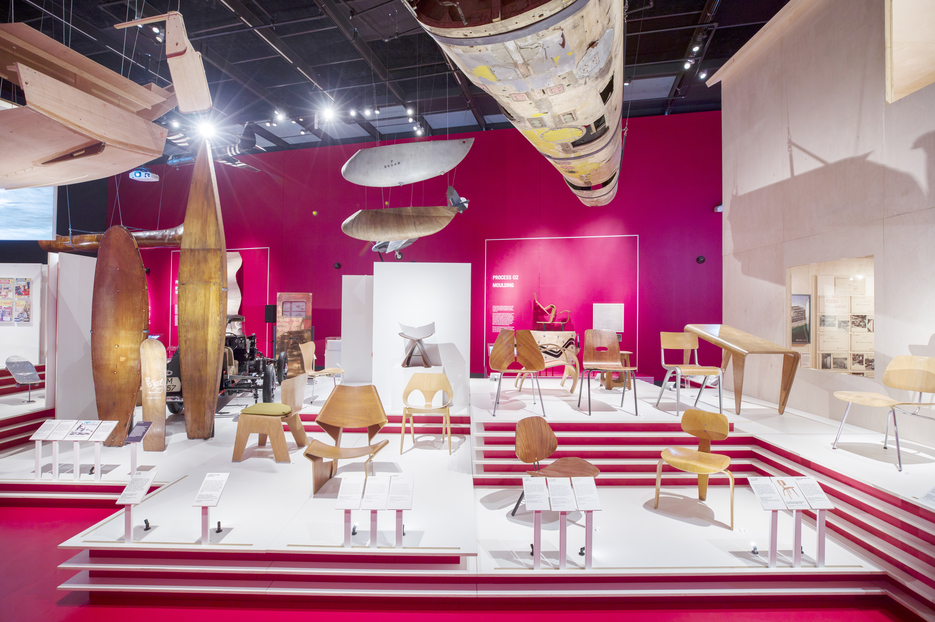 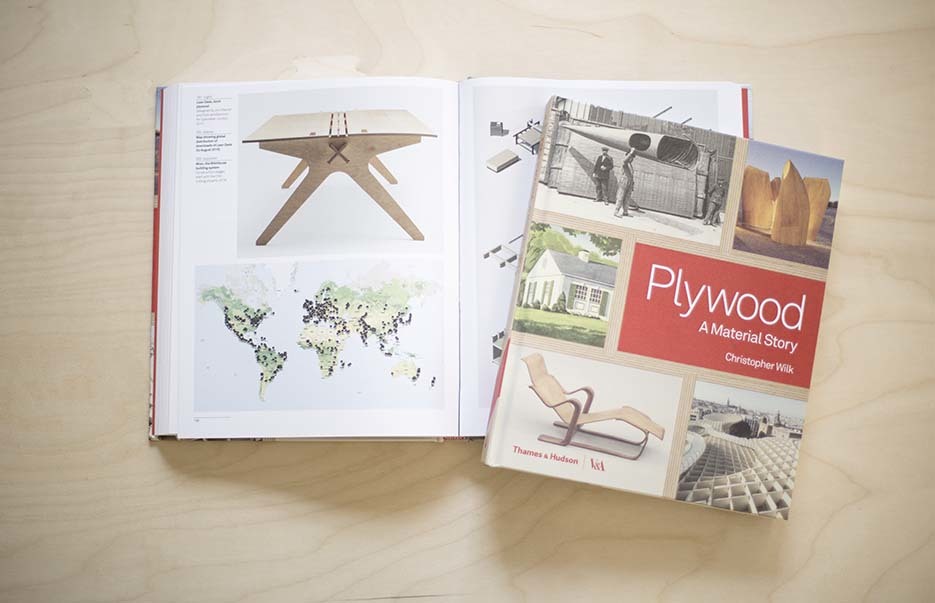 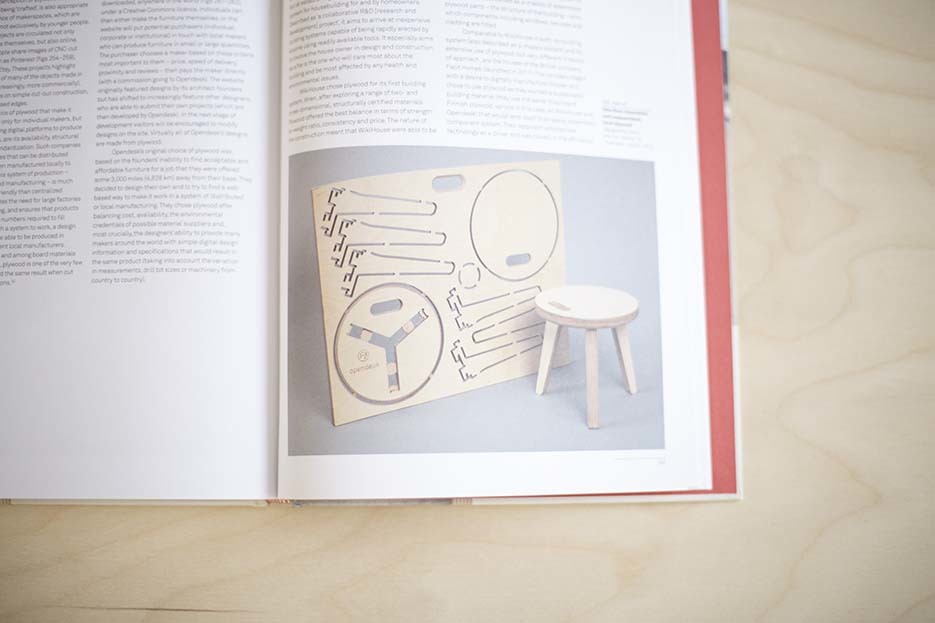 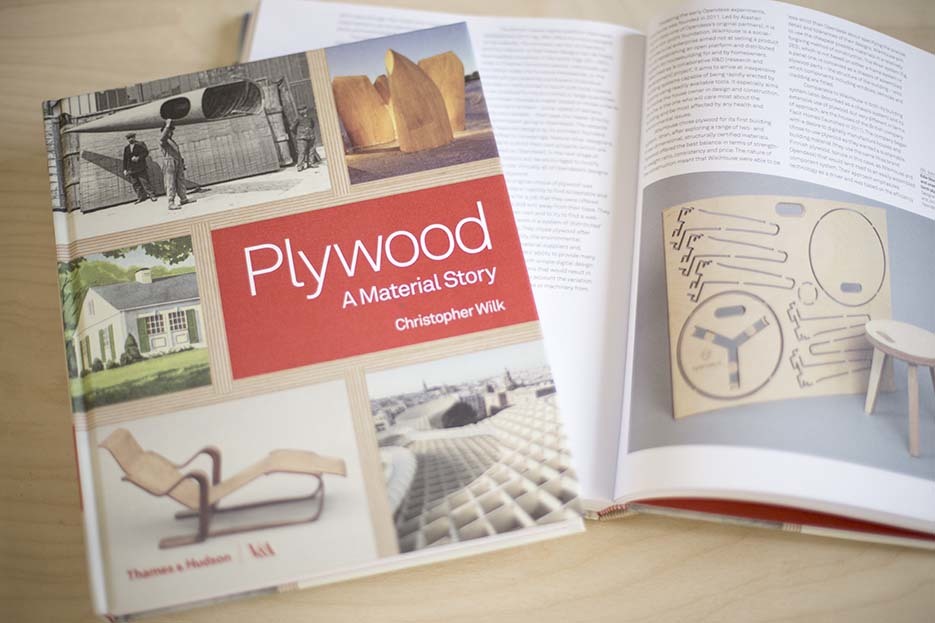 It’s no secret that here at Opendesk we’re pretty big fans of laminated sheets of wood - and consider ourselves relatively knowledgeable about the material. But this exhibition really uncovers a largely secret and hugely fascinating history - both in a technological process and to certain extent, social progress.

For the casual visitor, it’s a one-way journey through a cornucopia of objects and ideas held together by their common material property - although this is not necessarily evident without closer inspection. Arranged around a single central landscape of stacked plywood (what else?) plinths, it’s a tour that takes in everything from early skateboards to warplanes, modular housing to modernist furniture - with a detour into colonial (tea) crates, canoes and cars. 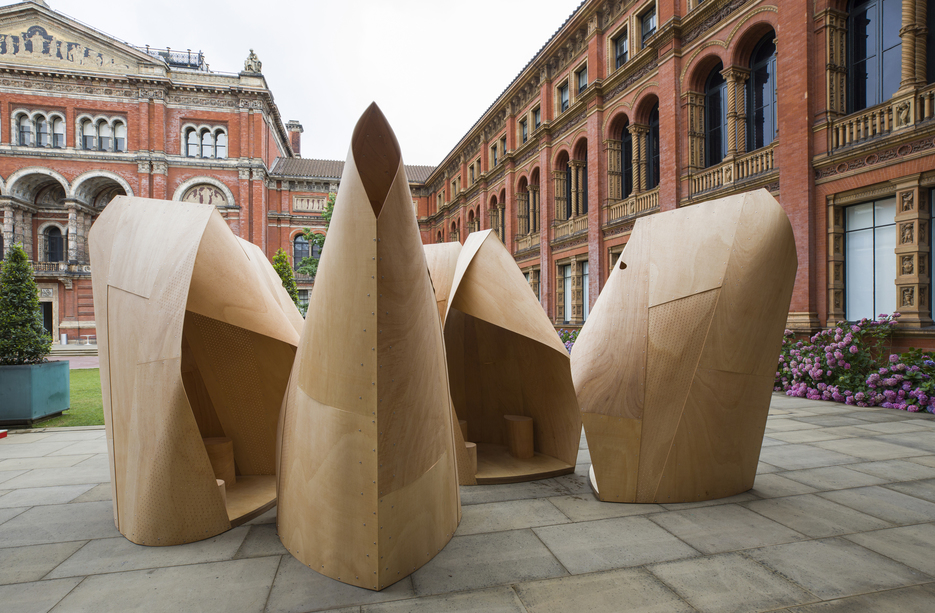 Interspersed within the promenade are a series of ‘process moments’, the first of which introduces us to the industrialisation of the material that only became possible with the advent of the rotary lathe in the early 1800s. Suddenly veneers were no longer painstakingly saw-cut at great effort; rather, logs could be ‘peeled’ into paper-thin sheets of delicate veneer. Overnight the cost of the material plummeted and its availability rocketed. This wasn’t all good though. In fact the low cost and ubiquity, particularly in furniture of the era where it was used to to effectively wallpaper sub-standard material, ushered in the use of ‘veneer’ as a pejorative term. 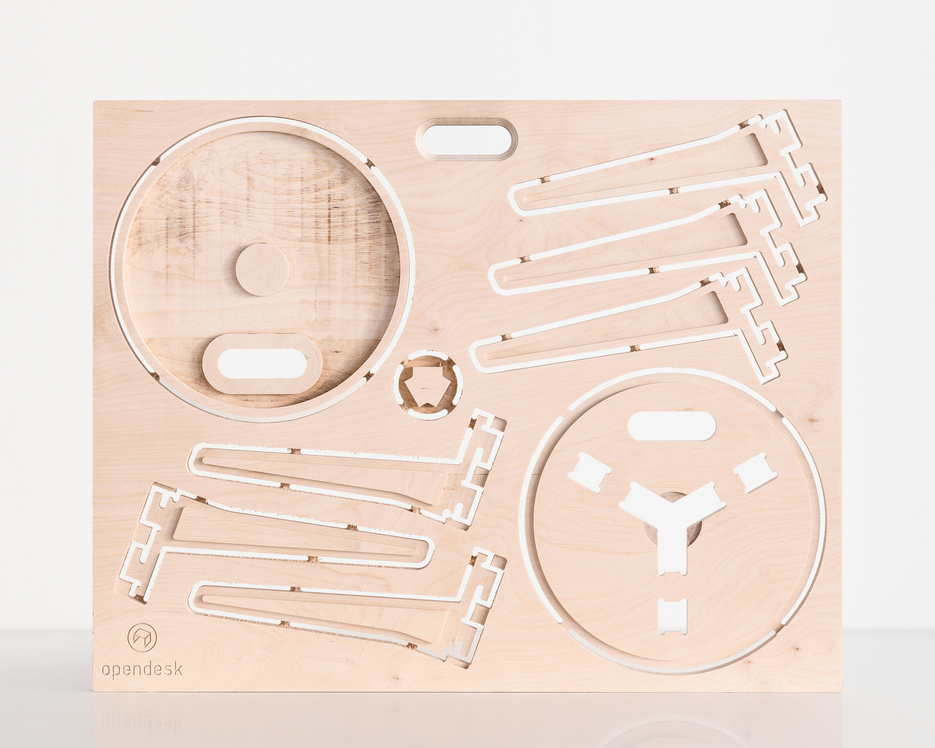 The second process moment sits alongside mid-century modern furniture from the V&A’s permanent collection: Aalto, Eames and Co jostle for position as we learn about the moulding of Plywood. It’s brought to life by a film showing the making of a beautiful 1937 Marcel Breuer chair being made by local manufacturers Isokon+ in their Hackney Wick workshop.

Opendesk features in the third and final process, highlighting the re-emergence of plywood as a material for the 21st Century; a humble yet flexible, universally available material for the digital making and distributed manufacturing of everything from Opendesk furniture to Wiki houses.

The V&A had already acquired the original (v1.0) of the Edie stool in both assembled and ‘airfix’ formats, and this was included in the exhibition to show a piece both finished and in its constituent parts, highlighting the translation from sheet to assembly. 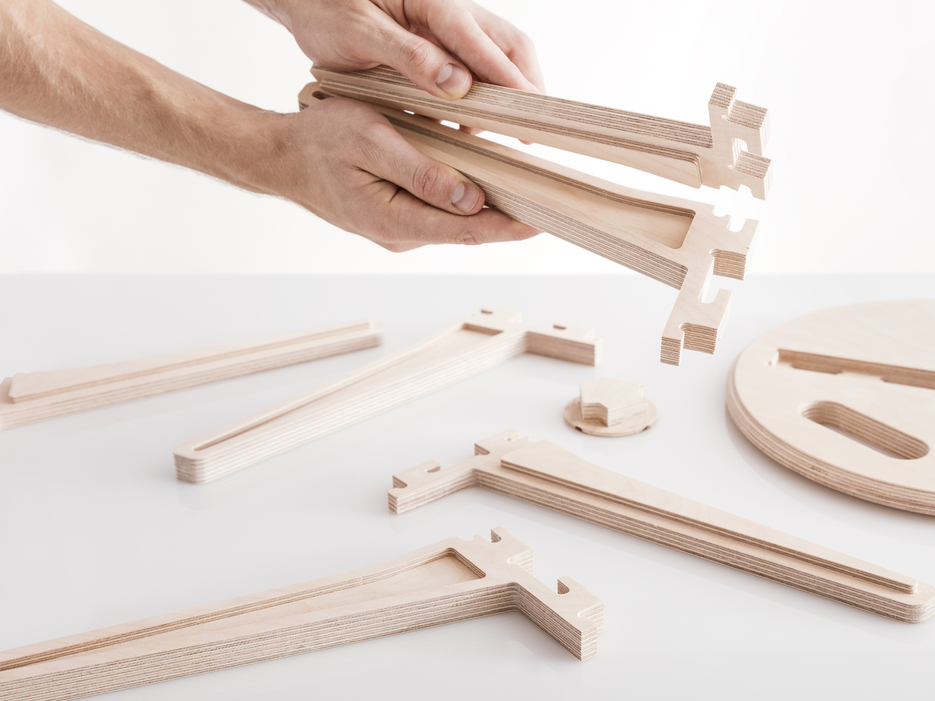 We can’t leave you without mentioning that the show also contains a rather wonderful group of ice skating shelters, designed by Patkau Architects in Vancouver and built at full scale in the V&A’s John Madejski garden, which visitors can sit in and amongst. It’s really worth the trek through the gift shop to find them! And without giving away too much more, we did want to mention a particular exhibition highlight - a scale model based on 1867 patent drawings for the design of an elevated pneumatic railway for New York; essentially an early version of Elon Musk’s Hyperloop - and designed to be made almost entirely in plywood!

We caught up with the exhibition curators, Elizabeth Bisley and Christopher Wilk, to get some background insights:

Products mentioned in this article: 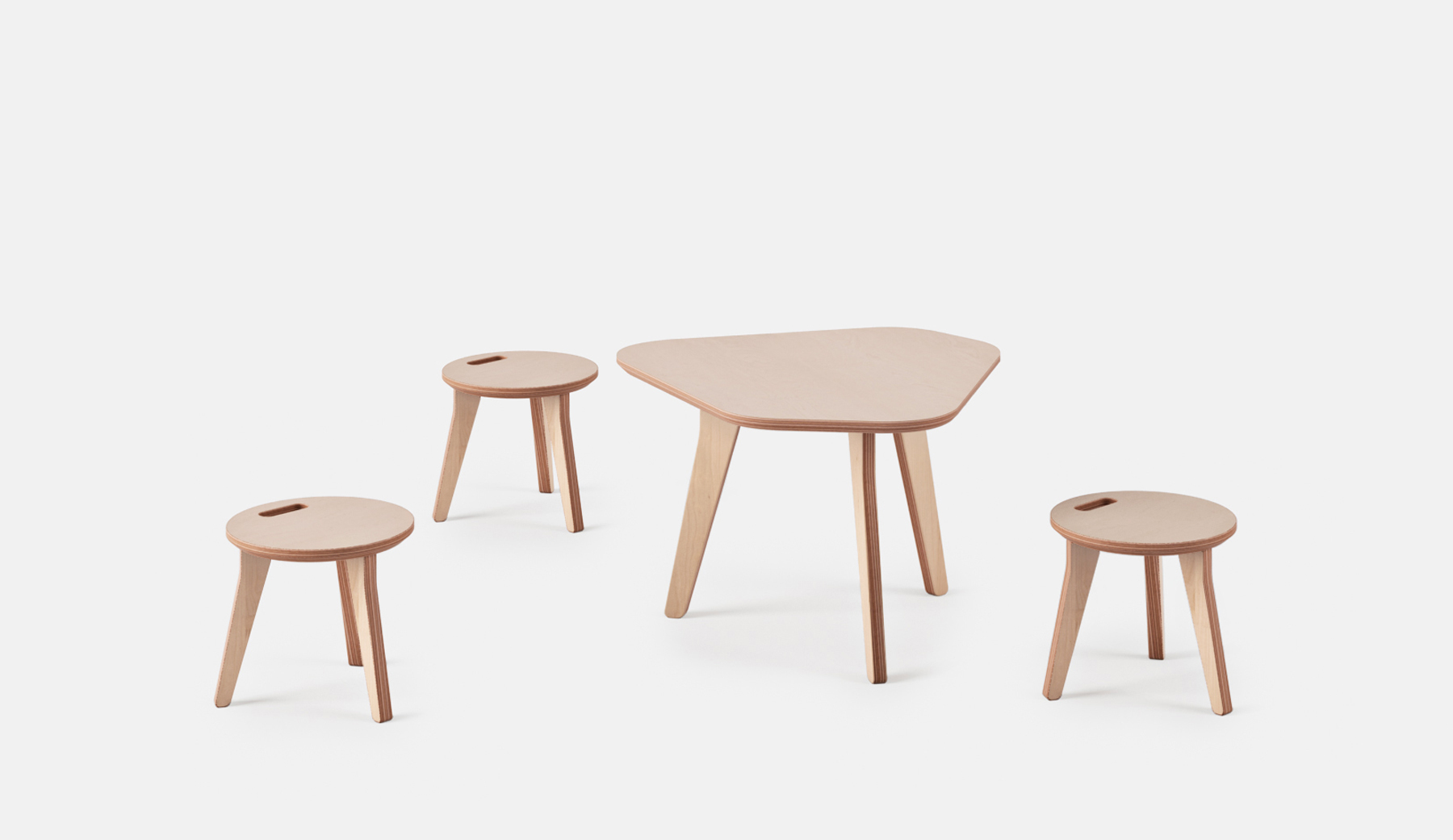 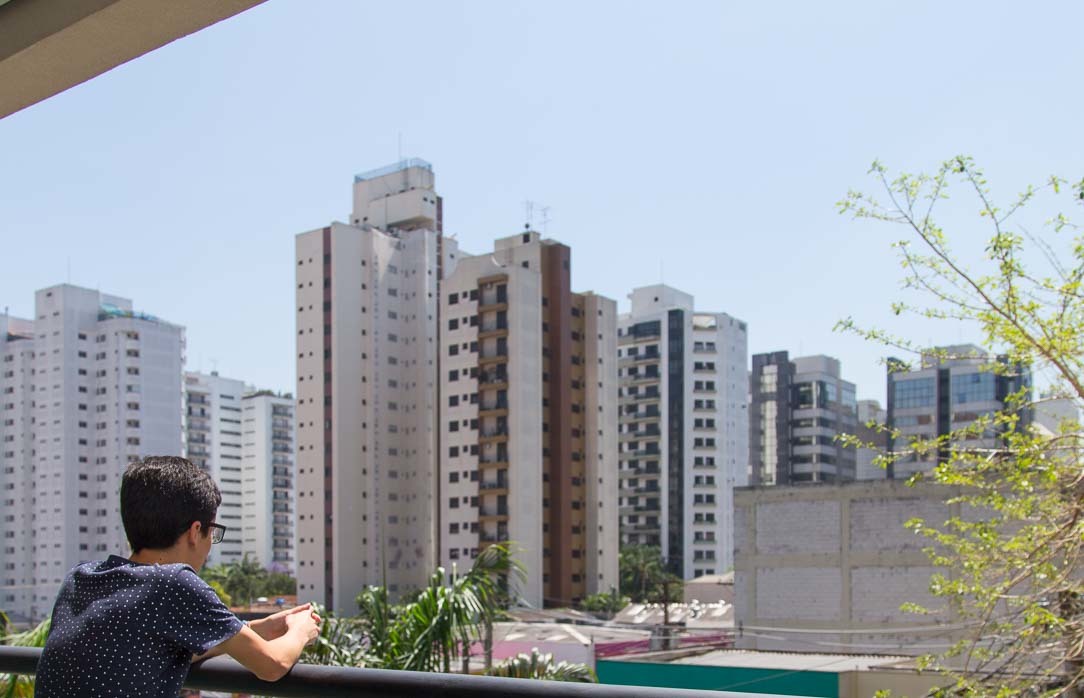 We catch up with designer and architect Denis Fuzii at his home in São Paulo, Brazil. 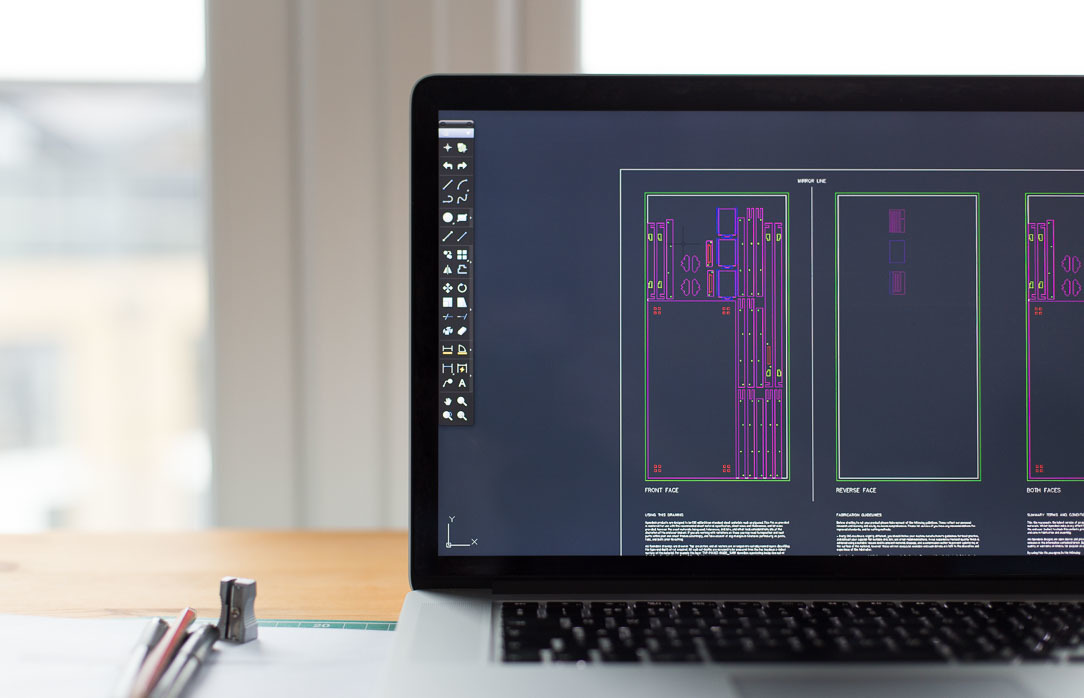 Our illustrated guide to design for Open Making and CNC machines.